New Alzheimer’s Drug is a Failure due to its Price New Alzheimer’s Drug is a Failure due to its Price

The new Alzheimer’s drug Aduhelm is not reaching many patients due to its price. Doctors say reasons include its high cost, insurers’ reluctance to cover it, and lingering questions about whether it actually slows memory loss.Dr. Marwan Sabbagh, an specialist at the Barrow Neurological Institute in Phoenix, Ariz., who has worked as an advisor to Biogen, which makes the drug, said that the pendulum of public opinion has swayed strongly against this drug.

New Alzheimer’s drug Aduhelm is the first drug on the market able to remove amyloid, the sticky substance that builds up in the brains of patients. It’s also the first new Alzheimer’s drug approved since 2003. Aduhelm is intended for patients in the early stages of the disease, a population that represents about a quarter of the six million people in the U.S. with. 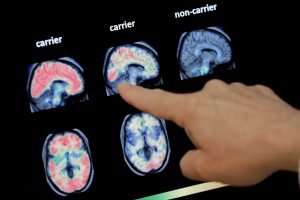 The Food and Drug Administration granted conditional approval in June, even though an advisory panel had recommended against allowing the drug on the market. The sales have been much slower than many analysts expected. Biogen reported that in the three months following its approval, Aduhelm brought in $300,000, a very low number for a drug with a price tag of $56,000 a year.

The federal Medicare program, which insures most people with Alzheimer’s, won’t decide whether to pay for Aduhelm until sometime in 2022. Private insurers appear to be waiting for the government’s decision before determining their own coverage policies.