The president of the United States, Joe Biden, has committed to reducing the country’s usage of fossil fuels and will join other world leaders at the COP26 climate conference in Glasgow to pledge significant new carbon emission reductions. Yet, according to the US Energy Information Administration, the amount of coal pumped into US power plants this year would increase by about 20% to 521 million short tonnes, making coal the second-largest source of electricity in the US behind Natural Gas.

Uncomfortably for Biden, who has pledged to remove all carbon emissions from the country’s power sector by 2035, the increase in coal consumption bucks a downward trend that lasted even during Donald Trump’s four-year administration, which claimed to revitalize the American coal industry. It also comes as G20 leaders agreed on Sunday to terminate international coal finance but stopped short of agreeing to phase out domestic coal power in their own countries. According to the EIA, the increase in coal use in the United States this year will contribute to an 8% increase in energy-related carbon emissions. 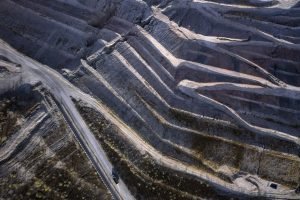 Coal’s resurgence is partly due to changes in US Natural Gas production, which plummeted last year as shale producers were forced to idle rigs and cut projected drilling spending due to falling oil prices. Natural Gas prices have risen due to the scarcity of gas, which has coincided with a recovery in the global economy and energy demand. This has lured power generators to burn more cheap coal.

The US Natural Gas benchmark, Henry Hub, is currently trading at around $5.80 per million British thermal units, more than double last year’s average price. According to the EIA, coal from Wyoming’s vast Powder River Basin was selling for just $0.75/mBtu the previous week.