There has been an increase in the natural gas capacity following the new completion of pipeline projects. The pipeline projects were completed in Texas and Mexico. This has increased the Transportation capacity out of the states. The natural gas production activities are taking place in West Texas, which has increased the Transportation to Gulf Coast and Mexico.

This increased production capacity has allowed connection with new neighboring markets and the Permian Basin. The natural gas pipeline projects have been recently increased to 2.1 billion cubic feet per day (Bcf/d) Permian Highway Pipeline of Kinder Morgan. The pipeline started its service in January 2021. The natural gas is delivered through the pipeline from the Waha Hub to Katy. 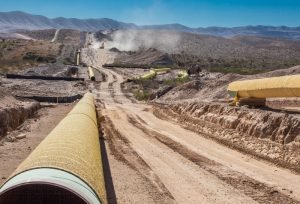 The project also has additional connections to Mexico. Another project is Agua Blanca Expansion Project. This pipeline project entered service in the last few days of January. The project connects to other 20 natural gas processing sites located in Delaware Basin. This project has the capacity to 1.8 Bcf/d of natural gas to Waha Hub. More projects, including the Carso’s Energy and Trans-Pecos Pipeline, are also completed.

The completion of these projects and their additional capacity of moving the natural gas have contributed majorly to the U.S. economy and to the pipeline exports to Mexico.  According to the data published by Natural Gas Monthly, the exports have risen to 5.9 Bcf/d as of March 2021 against rising 0.55 Bcf/d in March 2020. The data revealed that the export volume continued to remain high in the month of April and May as well.