Natural Gas futures fell in early trading Friday as the latest projections showed lower cooling demand predictions. At 8:45 a.m. ET, the August Nymex contract was down 1.2 cents to $3.649/MMBtu. According to NatGasWeather, both the American and European weather models cut cooling demand from the forecast overnight. Overall, the pattern “remains hot enough to be bullish” from next Tuesday through July 15, although it is “not quite as remarkable in recent data as several Bcf in demand were shed for next week.” 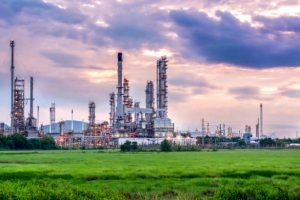 The Natural Gas markets are expected to be volatile again on Friday as traders take positions ahead of the Fourth of July vacation, according to NatGasWeather. Meanwhile, the Energy Information Administration (EIA) revealed that the week ending June 25 saw a significantly larger-than-expected 76 Bcf infusion into US Natural Gas reserves. In addition, the EIA total was 3 Bcf higher than last year’s build for the same period, which was somewhat outside the range of predictions in critical surveys.

The average over the previous five years was 65 Bcf. According to the EIA, total working gas in storage increased to 2,558 Bcf last week, down 510 Bcf from a year earlier and 143 Bcf from the five-year average. A roughly 2 Bcf/d disruption in supply streaming out of the Northeast due to difficulties at a MarkWest plant, according to TPH analysts, is another major driver for Natural Gas prices this week, in addition to power generation. At 8:45 a.m. ET, August crude oil futures were down 10 cents to $75.13/bbl.