More natural gas pipelines carrying gas from the Permian region to Mexico have been put into service in recent months, boosting U.S. gas exports to America’s southern neighbor and reducing the large discount at which gas trades at the Waha Hub in Texas. Since October 2020, two natural gas pipelines in Texas and two in Mexico have been constructed. 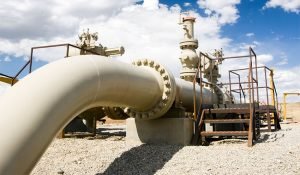 Additional links to Mexico are available through the Permian Highway Pipeline. The Whitewater/MPLX Agua Blanca Expansion Project connects to almost 20 natural gas processing sites in the Delaware Basin. It transports an extra 1.8 Bcf/d of natural gas to the Waha Hub operations at the end of January.

Agua Blanca will also connect to the Whistler Pipeline, which is slated to be finished in the third quarter of 2021 and will transport 2.0 billion cubic feet of natural gas per day from the Permian Basin to the Texas Gulf Coast.Higher U.S. exports to Mexico were aided by increased natural gas transportation capacity. According to the latest data from the EIA, pipeline exports in the United States have climbed by about 10% since March of last year. U.S. pipeline gas shipments to Mexico reached 5.9 Bcf/d in March 2021.