Natural Gas is Expensive and Financing the War Natural Gas is Expensive and Financing the War

As the world emerged from repeated Covid lockdowns and demand for energy skyrocketed, Natural Gas prices were already skyrocketing. The conflict in Ukraine is now driving prices even higher. Countries in Europe are preparing to drastically reduce their reliance on Russian gas, and while the United States does not import much gas from Russia, it is suffering from high prices related to global markets. The same can be said about the United Kingdom, which gets only 3% of its gas from Russia.

This year, millions of Americans will spend hundreds, if not thousands, of dollars more merely to keep their homes warm. But there are many ways to cut costs, and many of them will also help combat climate change by lowering gas prices, which means less money for exporters like Russia. This is one of the most straightforward ways to save electricity. 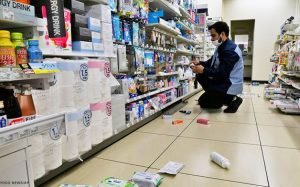 During the heating season, the average building in Europe is set at 22 degrees Celsius, according to the International Energy Agency (IEA). The European Union would use 10 billion cubic metres less gas per year if all buildings in the EU turned down the heat by just 1° Celsius. That’s nearly the same quantity of Natural Gas consumed in three months in New York City, or in a year in Hungary or the Czech Republic.

This may be a modest sum of money, but it equates to 19 million tonnes of greenhouse gas emissions avoided in terms of climate change. According to the US Environmental Protection Agency, that’s almost the same amount of pollution as 4.2 million American cars release in a year. Indoors, cooler temperatures are something you can get used to. The Climate Council in Australia, for example, advises individuals to heat their houses to 18°-20°C.