Natural Gas Group Novatek Finance Chief Arrested by the US Natural Gas Group Novatek Finance Chief Arrested by the US

The US has arrested one of Russia’s most powerful natural gas executives on suspicion of tax fraud involving tens of millions of dollars kept in offshore accounts. The US Department of Justice said in a statement on Thursday that Mark Gyetvay, Novatek chief financial officer, allegedly schemed to defraud the US by concealing ownership and control of “significant offshore assets” worth more than $93 million at one time. He was also accused of failing to file and pay taxes on income totaling millions of dollars.

Gyetvay allegedly put “lucrative” stock options or stock-linked pay from a “major Russian gas business” in two Swiss bank accounts between 2005 and 2016, according to an indictment presented by a federal grand jury, the US justice department said. Authorities charged him with attempting to disguise his ownership of the accounts by naming his then-Russian wife as the beneficial owner. Despite being a licenced public accountant with job experience in the US and Russia, he reportedly failed to file US tax returns on time or filed bogus ones to disguise the fraud, according to the justice department. 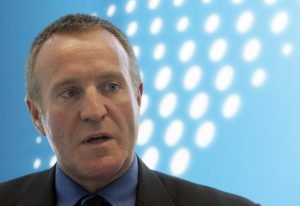 Since 2019, Gyetvay, a US citizen, has had a Russian passport. He did not reply to demands for comment right away. A Florida court released him on $80 million bond on Friday, but he remains under house arrest with electronic monitoring. Novatek said on Friday that it had received no official notification from US authorities and that it was seeking clarification, but that the issue would have no impact on its operations. Gyetvay joined Novatek as CFO and a member of the management board in 2003, assisting in the company’s transformation from Russia’s top independent gas producer to the country’s leading liquefied natural gas processor and exporter.

Novatek is linked to Leonid Mikhelson, the company’s largest shareholder, and Gennady Timchenko, a longstanding friend of Russian President Vladimir Putin. Since 2010, with Gyetvay as vice chair of the management board, the business has been managing its flagship Yamal LNG project in the Russian Arctic, which has attracted significant investments from France and China. Arctic LNG 2 is the company’s second LNG facility in the works, while a third is in the planning stages.