Natural Gas futures rose for the second day in a row, this time on the prospect of a “significant change” in the weather pattern before the New Year begins, according to forecasts. The January Nymex Gas futures contract finished at $3.815/MMBtu on Wednesday, up 10.7 cents from the previous day. Despite the fact that futures prices started the week on a high note, Monday’s gains were viewed as more of a technical correction following the massive sell-off observed in previous sessions.

European Gas prices have also risen this week, owing to the continent’s first major cold snap, which is thought to have aided the minor increase in US prices. The price movement on Tuesday was more closely related to domestic fundamentals. 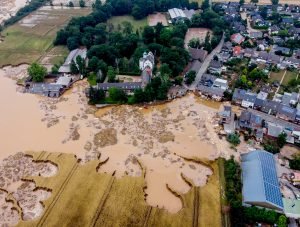 Despite the fact that the weather models did not add much demand to the 15-day forecast, Bespoke Weather Services said there were some bullish shifts in the upper-level pattern around Dec. 20, as both the American and European weather models pushed more ridging into Alaska. During the holiday season, this could increase the possibility of cold air intrusions into the western and central United States.

This is related to the changes in tropical forcing we outlined earlier this week, and it’s why we’ve mentioned the possibility of significant changes in the pattern in the future. Also, it’s unclear whether such a shift would just shift us from super-warm to varied temperatures, or anything more. For the time being, we’re leaning toward some national variability, with the strongest cold prospects in the central and western United States.