It is expected to crush 42.5 ML bushels of soybeans in its first year, providing a more viable and competitive market within North Dakota for production that had previously been exported,” the companies said in a statement released on Dec. 22.Construction of the Casselton plant is planned to begin in the spring of 2022, with the facility projected to be completely operational by 2024, pending permission and incentive approvals from the required government authorities. 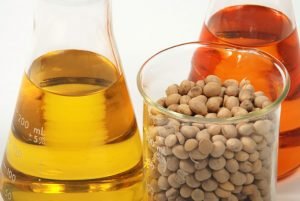 “This cutting-edge soybean processing factory demonstrates North Dakota dedication to agriculture. Its strategic position would allow it to produce soybean meal for the livestock sector as well as food-grade soybean oil to meet the growing need for food and renewable fuels “CGB Soybean Processing Senior Vice President Steve O’Nan said in a release.The facility would complement Minnesota Soy Processors’ present operations in Brewster, Minnesota, according to Jeramie Weller, the co-General operative’s Manager, and create a home market for local farmers.

Demand for soybean oil has increased as more renewable diesel and sustainable aviation fuel facilities are built around the country, and the construction of more soy crushing equipment is projected to limit exports and divert oil to renewable fuel feedstock.