Traders said prices of heavy sour Crude oil grades have been climbing on the US Gulf Coast as the market prepares for a supply disruption from Mexico following a fire that has reduced state-run Pemex’s oil output by approximately 25% since Sunday. The fire broke out on an offshore platform operated by Petroleos Mexicanos in the southern Gulf of Mexico, killed at least five workers, and injured six others, halting production of more than 400,000 barrels per day (BPD) the firm said on Monday.

People familiar with the situation said it might take weeks for output and exports to recover to normal, despite attempts to restore electricity to the plant by Wednesday and later link 125 idled wells at the Ku-Maloob-Zaap (KMZ) cluster, Mexico’s largest with a 750,000-BPD average output. Mexico’s monthly production and exports may reduce, according to Chief Executive Octavio Romero Oropeza, but the accident’s overall impact has yet to be determined. 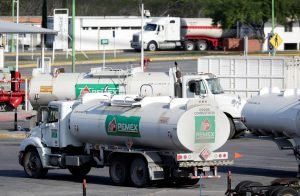 As refiners seek replacement barrels, dealers said, prices of sour Crude have begun to rise in the United States Gulf Coast, the major importer of Mexican oil. Mars Crude had been trading at its lowest levels in about a month before the fire, but dealers reported prices were trading at a $2.35 discount to benchmark futures on Tuesday, up from a $2.65 discount the day before. In addition, they stated that word of the outage caused Western Canadian Select (WCS) in Alberta to strengthen.

According to persons familiar with the arrangement, Chevron Corp, Phillips 66, and Valero Energy are expected to receive Mexican Crude cargoes in the coming days. According to the company, Valero plans to load cargo on Tuesday, using barrels from Pemex’s onshore storage tanks at the Pajaritos facility. According to a representative for Pemex, the refinery in Deer Park, Texas, is unaffected.