Celina Hwang, director, North American crude oil markets, IHS Markit, said, “The necessities of geography and the varying Demand of markets for different types of crude underpin a highly complex and interdependent oil logistics system between Canada and the United States.” According to the report, 95 percent of Canadian output takes place onshore, inland, and sometimes in areas far from the country’s primary consuming centres in Ontario and Quebec’s more populous central regions. The type of oil required in certain places also has an impact. 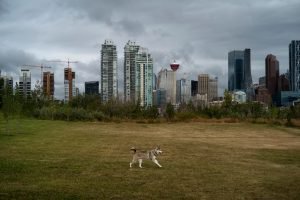 Refineries in the Midwest and Gulf Coast of the United States invested in heavy processing facilities to take advantage of rising western Canadian heavy oil production, while refineries in Ontario and Quebec focused on lighter crude grades. According to IHS Markit, Canada’s long-distance transportation system—which includes pipeline, rail, and marine transport—handled over 6.6 million barrels per day of crude oil in 2019, which is almost 2 million barrels per day more than the country produced.

According to the report, Demand for such transit system is expected to rise in the future years. Despite short- and medium-term consequences from COVID-19, Canadian crude supply is likely to expand by over 900,000 b/d from 2020 to 2030, according to the recently issued IHS Markit 10-year production outlook.