This round brings the total funding raised by Mainframe to $33.7 million and is the second time a16z invested in the company. Although Mainframe has been quiet about the exact details of the game itself, it will take advantage of cloud game streaming – the same technology behind services such as Microsoft xCloud, Google Stadia and Amazon Luna. 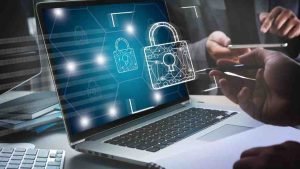 The most popular MMOs such as “World of Warcraft” and “Final Fantasy XIV Online” require a gaming console or expensive PC hardware to play, but with cloud streaming, they can be easily played on any screen. Thor Gunnarsson, co-founder and chief executive of Mainframe, said that they are creating a persistent living world that people will call their home for years and hopefully decades.

This formidable group of returning partners and new industry friends on board, we will field a world-class team able to make our vision for the future of MMO games real, and open to gamers from any screen they choose to play on. The power of cloud game streaming technology allows players to experience games from anywhere at any time without the need for expensive hardware. As a result, players could as easily play the game on their TV from their couch as they could on a tablet, or on their PC as they would with a mobile phone. The only difference would be the control set and the bandwidth available.