The spike in Lower 48 Gas output was the most surprising number we observed over the weekend. Production in the Lower 48 is increasing, primarily in the Northeast. Other regions, such as Western, Texas, and the Gulf of Mexico, have also increased year over year. Remember that last year’s lower oil production was due to low oil prices. Therefore the shut-in resulted in a considerable drop.

However, we were shocked to see production surpass 93 Bcf/d since we expected this to happen closer to the end of the year. As a result, we’ve increased our EOS predictions from 3.55 Tcf to 3.65 Tcf. The additional storage construction in the coming months reflects increasing Lower 48 gas output, which has pushed the market into a modest surplus for the summer balance. 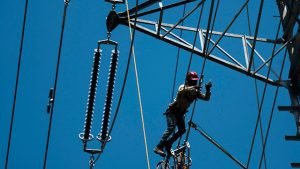 We could see builds that are higher than the 5-year average and last year if the weather forecast does not improve sooner. We are beginning to see some softening in power burn demand, in addition to the more excellent Lower 48 production. While total gas demand is at all-time highs for this time of year, it is beginning to wane. LNG exports have been progressively declining in recent weeks, as power burn demand has been curtailed due to dramatically higher prices year-over-year.

With rising production and lower demand, the overall direction of natural gas fundamentals is unfavorable. Last but not least, the weather forecast is pessimistic. As you can see, the Northeast will have a more relaxed than usual pattern. This is the kind of pattern you want to see in the middle of the winter, not the beginning of the summer.