LNG Exports in the United States to See Restrictions

LNG Exports in the United States to See Restrictions

On Friday, a manufacturing trade group petitioned the Department of Energy to order US LNG producers to curtail exports, warning of price hikes and supply problems this winter. Natural gas prices have risen dramatically this year due to high worldwide demand and modest supply increases in the first half of the year. As a result, the need for natural gas from the United States has more than doubled prices, with exports up 41% from a year ago. On Friday, the cost of US gas was around $5.22 per million British thermal units (mmBtu), up from $2.54 mmBtu in January. 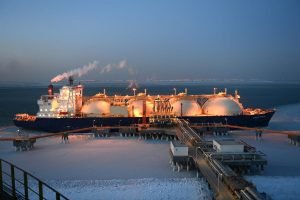 The Industrial Energy Consumers of America (IECA), a trade group representing chemical, food, and materials firms, predicted that gas prices in the United States would have to rise to $10 per mmBtu to encourage producers to pump more gas and restore stockpiles to historic levels. Utilities in the United States have less gas on hand than usual for the winter heating season, when demand for the fuel is at its highest. Stockpiles in the United States are 7% lower than the five-year average for this time of year.

On the other hand, an LNG trade enthusiast claims that gas exports do not harm US consumers and that the majority of customers have set contracts with prices significantly lower than the spot cost. The ICEA has requested the Energy Department to put a hold on new LNG export facility permits and require LNG producers to curtail shipments until inventories in the United States rise. High natural gas prices have caused CF Industries, one of the world’s largest fertilizer makers, to close two factories in the United Kingdom and Yara, of Norway, to reduce its European ammonia output.