Is Saudi Arabia up for a win in the OPEC+ Standoff Is Saudi Arabia up for a win in the OPEC+ Standoff

OPEC+ might take until August to decide on the adjustment of production baselines, as per the statement released by Arab News. Malek said that the oil alliance could take a minimum of six weeks to make further decisions.

Malek wrote in a note that he expects Saudi to get its way by the end. He further added that the offer directed by Saudi and Russia regarding the increase of 400,000 barrels per month from the beginning of August is yet to be passed by the UAE, in spite of the truth that it offers to help counterbalance future deficits and manage the oil benefit. 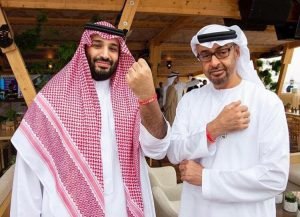 OPEC+ provided the oil world the latest drama at the beginning of July when the comity was anticipated to agree to include more barrels to world supply firstly from July and then more from August. However, the UAE, which is considered the third-biggest producer of OPEC and a loyal partner of de facto head Saudi Arabia, stated that the nation wanted its adjustment in its baseline initially before it agreed to any changes in the production.

Suhail Al Mazrouei, the country’s oil minister, said that everyone made sacrifices, but sadly, the UAE was the one to sacrifice the most, as the country made one-third of their production inactive for almost two years. He further added that they knew that the UAE’s position in the agreement was the worst compared to their current capacity with the intensity of production.