Is enough money being spent on the New Oil Projects Is enough money being spent on the New Oil Projects

Oil prices are projected to continue rising, with Brent hitting $100 per barrel by the end of the year, according to the vast majority of analysts. Prices at the pump are likewise climbing, but the Biden administration will have to do more than issue an SPR to bring them down this time. And there isn’t going to be any aid. Gas prices are a touchy subject for any government.

Last year, when the US President first asked and then insisted that OPEC increase its crude Oil output to enhance supplies at a time when it was critically low, it demonstrated how sensitive they had become for the Biden administration. 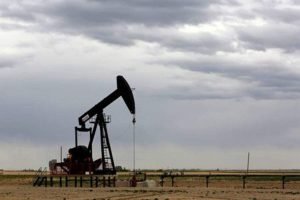 OPEC, on the other hand, did not respond to the demands, forcing the White House to consider turning to the domestic Oil industry, which it had shown it would not favor from the start. However, there are requirements, and Biden did meet with US corporations last year to discuss the supply situation. However, this did not result in anything really fruitful. Although the number of rigs is increasing, it is not increasing at a rate fast enough to reduce retail petroleum prices.

In normal circumstances, the Oil sector would have increased production in response to higher prices, particularly in shale, where this increase could be achieved much more swiftly than in conventional fields. However, these are not ordinary circumstances. Shareholders, regulators, and even the government are pressuring the sector to stop producing more because we are in the midst of an energy transition and need to end our dependence on Oil.