As part of the continuous effort to undermine Trump-era regulations, the Interior Department is removing limitations put in place last year, including rules that withheld millions in income from fossil fuel production.The Trump administration completed the 2020 Valuation Reform and Civil Penalty Rule, a modification of Obama-era royalty changes, in early January.

The final rule changed how the Department of the Interior ONRR (Office of Natural Resources Revenue) evaluates royalties on oil and gas produced and coal-generated under federal and Indian leases. It also altered the manner in which civil fines for breaches would be imposed.However, Interior, which had indicated in June that it planned to redesign the reform, announced on Tuesday that it would rescind the regulation. ONRR cited “defects” in the Trump-era modifications, including a “lack of reasoned justifications for many of the amendments,” to justify the return to Obama-era standards. 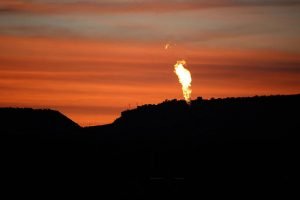 According to Interior officials, the action “will restore balance to America’s public lands and waterways and guarantee that businesses pay their fair amount to the American people.” “The overall consequence of removing the 2020 rule is an anticipated $64 million gain in royalty revenues above what would have been achieved if the 2020 rule had been implemented.”

Payors and lessees were required to pay and report as of Tuesday (Sept. 28) under the “regulatory framework in force prior the 2020 rule, which assures the United States will receive appropriate remuneration for output on public lands.”ONRR receives an average of $10 billion in revenue each year, making it one of the federal government’s major nontax income streams.