Rising Covid-19 cases sparked fears of a demand slowdown, sending oil prices down on Monday, adding to last week’s severe losses. West Texas Intermediate oil futures fell more than 4% at one point, reaching a low of $65.15, the lowest level since May. During afternoon trading, the contract regained some of its losses, eventually settling 2.64 percent lower at $66.48 per barrel.

After touching a low of $67.60, international benchmark Brent crude finished at $69.04 per barrel, down 2.35 percent. The greatest source of uncertainty for oil markets remains Covid-19, as the ‘delta version’ has resulted in the highest daily case counts since early 2021. Both contracts fell more than 7% last week, marking their lowest week since October. The drop occurred as a result of concerns about demand as well as an unexpected increase in oil stockpiles in the United States. 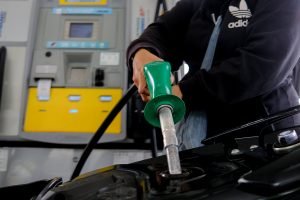 Crude stocks rose by 3.6 million barrels in the previous week, according to the US Energy Information Administration, but analysts polled by FactSet expected a 2.9 million barrel drop. Stocks of gasoline, on the other hand, fell by 5.3 million barrels more than predicted. On Monday, crude was further pulled down by data from China. In July, the country’s export growth unexpectedly slowed, while imports increased by 28.1 percent over the previous year.

This was below than expectations, which called for a 33 percent increase. According to experts at Commerzbank, China, the world’s second largest oil user, imported 9.7 million barrels per day in July, the fourth consecutive month below 10 million bpd. Following OPEC and its partners’ output surge this month, there may be a halt in demand as certain parts of the world reintroduce lockdown measures. As the epidemic depleted demand for petroleum products, the organisation announced historic production cuts of roughly 10 million bpd in April 2020.