Global Oil Demand to get Dented due to Omicron Variant Global Oil Demand to get Dented due to Omicron Variant

The recovery, however, is projected to be hampered by a new increase in Covid-19 cases, with aviation fuel being particularly heavily hit, according to the paper. Its authors pointed out that the development of the novel Omicron type has already resulted in additional international travel restrictions. 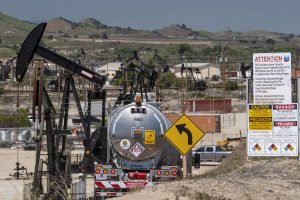 The IEA did warn, however, that while the increase in new Covid cases was projected to dampen demand, the already-in-progress recovery was not expected to be completely derailed. Despite this uncertainty, production is expected to outstrip demand starting in December, according to the research, with rising output from the United States and OPEC+ members leading the way.

The IEA predicted that the increasing trend would continue through 2022, with the United States, Canada, and Brazil pumping at their greatest yearly volumes ever. The IEA’s forecast differs marginally from those of OPEC+. On Monday, the oil-producing consortium released its own forecast, which was more hopeful about demand recovery next year than the IEA. The Omicron variety, according to OPEC+, will have a minor impact on oil markets, with demand expected to reach 100 million barrels per day by the third quarter of 2022.