Gas, coal, oil, carbon, and electricity prices have all risen this year, owing to a resurgence of geopolitical conflicts between consumers and producers.The “rapid spike in prices was without a doubt the most remarkable development on the commodities markets in 2021,” according to Commerzbank AG analyst Barbara Lambrecht.Critics argue that Nord Stream 2 would strengthen Europe’s reliance on Russia gas, and Ukraine has called it a “geopolitical weapon.” 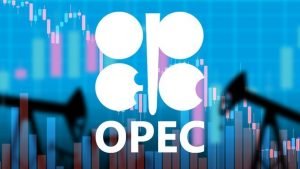 Crude oil prices have surged more than 50% this year as demand has recovered and oil-producing nations led by OPEC and allies such as Russia have progressively expanded supplies. It occurred after OPEC+ drastically reduced output last year as the outbreak progressed and virus-related limits drove demand and prices to drop.Although oil prices have climbed again, trading at US$75 per barrel as the New Year begins; Lambrecht believes the increase “seems practically modest in comparison” to gas.

In October, the West Texas Intermediate crude oil contract in the United States reached a seven-year high of US$85 per barrel before falling.Rising oil and gas prices have increased the cost of coal, which is the most polluting fossil fuel, at a time when managements are under rising stress to convert to more environmentally friendly power sources.