Gasoline and Crude Prices Reduce before the Holidays Start Gasoline and Crude Prices Reduce before the Holidays Start

According to a Gas Buddy survey released Monday, Gasoline prices in the United States have dropped for the sixth week in a row, down 2.9 cents from a week ago. According to Gas Buddy’s survey of more than 11 million gas stations, a gallon of fuel cost $3.30 on Monday.

Although Gasoline prices are still up 50% from a year ago, they are down 22.1% from a month ago. For the second week in a row, average prices have fallen as omicron cases have risen, causing oil demand and hence oil prices to stagnate. 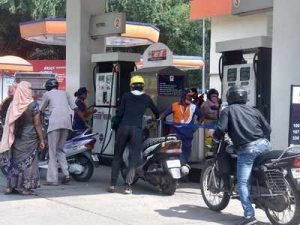 Gas costs will most certainly continue to fall until new Covid instances settle down. The demand for Gasoline, on the other hand, isn’t slowing down. Retail Gasoline demand in the United States increased by 2.9 percent in the week ending December 18. With omicron instances expected to rise further, I anticipate we’ll see a more visible drop in Gasoline demand after the holidays. Gas prices in the Great Lakes states have dropped by 30 to 50 cents in some locations, and stations in those areas may hike prices somewhat if oil prices slow down.