This fall, slapping a sticker with President Joe Biden pointing to the price per gallon and declaring, “I did that,” has become a popular ploy at gas stations. The real explanation, though, has less to do with Pennsylvania Avenue and more to do with Wall Street. Politics isn’t to blame for today’s high petrol prices: Oil corporations have changed their financial techniques due to financial pressures brought on by a decade of cash-flow losses.

Investment in new wells has decreased by more than 60%, causing crude Oil production in the United States to decline by more than 3 million barrels per day, or roughly 25%, just as the Covid virus struck, and then failing to rebound with the economy. It hasn’t been the easiest decision in the world for an Oil-drilling sector that lost 90% of its market value from 2012 to early last year. 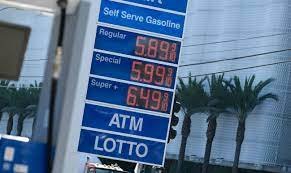 Blue-chip Oil exploration stocks fell 90% from their peak as a result of the constant cash outflow, prompting calls for corporations to forego rapid development in favour of steady profitability and stock-boosting financial manoeuvres such as greater dividends, more share buybacks, and lower debt. There was an energy revolution for the decade that concluded in 2019 or 2020, and what did the energy sector get? They were the S&P 500’s worst performers.