An enormous flame exploded late Saturday at a petroleum refinery in West Virginia. Photos and videos shared by news outlets showed the at the Ergon plant in Newell. The community is located in the state’s northern panhandle along the Ohio River.No injuries were reported. Transportation officials closed Route 2 near the refinery while crews fought the Fire. The cause was under investigation, but some residents said that they felt an explosion.

Ergon is a company engaged in several industries related to the refining and marketing of speciality oils, asphalt, thermoplastic resins, petrochemicals, propane, and the necessary infrastructure to support those businesses. The company also experienced a Fire at its Newell plant nearly two months ago. A news release from April 8 said an unoccupied maintenance shop caught but the damage was contained and didn’t involve bulk chemicals. 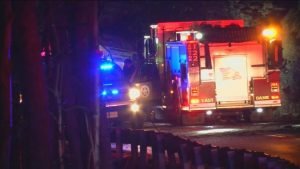 Residents in the northern section of Hancock County were evacuated from their homes late Saturday night after a huge flame at the Ergon petroleum processing plant in Newell. Ergon Chief Executive Officer Emmitte Haddox said he was thankful there were no injuries, that the damage was contained and the company’s safety protocol was followed. He also appreciates the prompt response from the extinguishers and EWV employees who came to our aid to extinguish the Fire.

Brittany Grego, a local reporter shared on Twitter that the Fire, which started after an explosion, had been extinguished. She also wrote that the sheriff tells me there was some type of explosion at the plant, it caught on Fire and is now under control. Homes one mile in each direction were evacuated. Mountaineer Casino, Racetrack and Resort were NOT evacuated.