USDA Secretary Tom Vilsack stated Monday that the US Department of Agriculture will invest $1 billion on initiatives to encourage Farmers, ranchers, and forest landowners to utilise measures that reduce climate-changing greenhouse gas emissions or capture and store carbon. The investment comes after President Joe Biden called on American Farmers to lead the world in carbon offsets, promising to cut agricultural emissions in half by 2030.

According to estimates from the Environmental Protection Agency, the industry accounts for more than 10% of all emissions in the United States. State, local, and tribal governments, organisations, small enterprises, and institutions, among others, can apply for grants ranging from $5 million to $100 million, according to the agency. Climate change has become a matter of survival for many American Farmers who have suffered significant losses as a result of worsening floods, storms, and droughts. 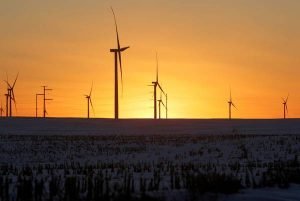 To avert the worst effects of climate change, the United Nations’ scientific council on climate change has cautioned that mankind must modify the way they produce food and manage land. Some Farmers, ranchers, and foresters have already adopted climate-friendly technologies such as carbon capture and soil storage. Others, on the other hand, are concerned about the upfront costs and unclear returns that may vary depending on the farming business and area.

The USDA’s programme will focus on projects that use climate-friendly conservation methods including no-till, cover crops, and rotational grazing, as well as projects that measure and monitor greenhouse gas emissions from agricultural operations and carbon capture and storage. A climate-smart commodity, according to the EPA, is one that is produced using farming, ranching, or forestry activities that reduce emissions or absorb carbon.