Failure to Prevent Massive Oil Spill due to Minor Crack Failure to Prevent Massive Oil Spill due to Minor Crack

Recent events followed after a massive oil spillage was reported off Southern California has risen questions of the incompetency to detect the preventable mishap. A ruptured pipeline ended up releasing a gigantic amount of crude oil off the Southern California. In the video, a small Crack was seen along the top of the pipe. It was considered to be an indication of a minor leak that went undetected at first.

The narrow puncture which is 13 inches in length could be held responsible for misleading the detection procedure. Even though minor signs of oil slick were observed the earlier night, the spill dodged getting detected by the pipeline operator until the next day. 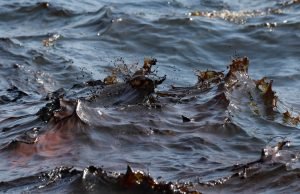 It is very challenging to remotely detect a leak of this nature at the very first time it appears, said Richard Kuprewicz. Kuprewicz is a private investigator specializing in pipeline-related accidents, and works as a consultant. According to him, a minor Crack on this type of an underwater pipeline that is 17-mile long or 27 kilometers is hard to spot. Remotely detecting these types of Crack that release relatively lower rate of spill can take a while of consistent spillage before getting detected.

Typically, in case of a catastrophic pipeline failure the breach is larger. It is often referred as a fish mouth rupture in the industry. The larger dimensions of such breaches gape wide imitating the mouth of a fish, says Kuprewicz. As of now, the exact cause of spill is not known and is undergoing investigation.