ExxonMobil is more than one could Expect ExxonMobil is more than one could Expect

ExxonMobil would be the most popular answer if you asked the typical person on the street which corporation runs the most oil and gas wells in the United States. However, the honest answer to that question is Diversified Energy, a little-known business based in Birmingham, Alabama, which operates around 69,000 mature oil and gas wells in the northeast and central areas of the country, with a significant focus on natural gas production.

When Diversified’s founder and CEO, Rusty Hutson, Jr., was in Houston recently for an investor day, I was fortunate to spend an hour interviewing him. But that initial 35-well stake – a collection of mature, low-maintenance wells brought to his attention by his father – has grown into a complex empire with operations in nine states, including West Virginia, Pennsylvania, Ohio, and, thanks to a recent major acquisition, Louisiana, Texas, and Oklahoma. 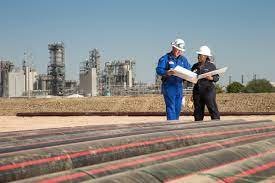 Hutson was able to run his first set of wells on the side while working at Compass Bank through 2005.He developed a strong appreciation for a business strategy that focuses on acquiring and prolonging the life of mature wells. “, he explained “Because we launched the company in the Appalachian conventional area, I believe there is a misconception that you inevitably have a bunch of wells that are about to die out.

That isn’t the case at all. Although traditional Appalachia is one of the oldest producing regions, most of our portfolio still has plenty of life in it. We have a number of these wells, which can last 50, 60, or more years.”