There’s a dirty little secret about the Energy transition that politicians and bureaucrats avoid all too often. Unfortunately, until this problem is resolved, the transition may never happen. The world consumes ever-increasing amounts of as its total population grows, headed by emerging markets, which are seeing an increase in the average wealth of their residents in addition to high population growth. Any increase in wealth leads to increased consumption of all things, including Energy.

And if governments are sidetracked by climate change concerns and hurry to set emission targets and build renewable capacity, there will be a lack of electricity. This is what we are seeing in Europe and Asia right now. Despite hopes to boost Energy self-sufficiency by creating enormous wind and solar power capacity, strict carbon dioxide emission rules and a drive to dissuade investment in fossil fuel development have worsened Europe’s significant reliance on imported Energy. 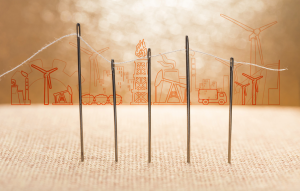 Meanwhile, economies were regaining footing in Asia following pandemic-induced lockdowns, and Energy consumption was on the rise. As a result, there was suddenly too much demand and not enough gas, coal, or even oil. While oil supply could be increased relatively fast due to OPEC+‘s supply restraint, gas and coal supply have proven to be more challenging to increase due to factors such as underinvestment and facility closures.

Despite underinvestment, asset managers’ cold shoulders, environmentalist protests, and rejection of natural gas as a bridge fuel between the fossil fuel era and the post-fossil fuel era, demand for these – and demand for of any kind as long as it’s reliable – has risen. And if the Paris Agreement plan is to be met, this must alter.