Energy is at a Crunch be it Supply or Demand Energy is at a Crunch be it Supply or Demand

Energy transition and peak demand forecasts have alarmed oil investors, raising the possibility of peak output occurring sooner than expected, accompanied by extreme price swings. In addition, critical climate negotiations to combat global warming under the 2015 Paris Agreement are poised to begin at the end of this month in Glasgow, Scotland, with fossil fuels in the crosshairs of policymakers. However, current mobility restrictions, which have slashed both spendings on upstream oil projects and end-use oil, may already be in place to permanently limit supply and demand growth.

“On current trends, global oil supply is likely to peak even earlier than demand,” the research department of bank Morgan Stanley said in a note this week. This is because the planet establishes limits on how much carbon can be safely omitted. As a result, oil consumption must reach a peak. However, this is a foreshadowed possibility that it has already elicited its counter-response: poor investment. So even though most oil producers and watchdogs believe the world’s hunger for oil will peak in many years, demand is already returning to pre-pandemic levels. 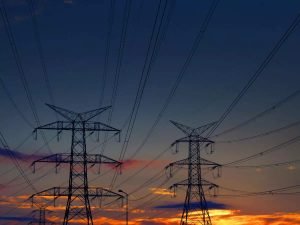 With crude prices skyrocketing to multi-year highs, the mismatch between demand for oil and other polluting fossil fuels roaring back to standard and output lagging has contributed to an Energy crunch in Europe and Asia. To avoid shortages and sky-high prices, the medium-term decline of oil demand assumes that alternative Energy such as electric cars and wind power acquire traction, which the International Energy Agency warns must happen quickly.

As a result, the International Energy Agency (IEA) does not expect an early peak in oil supply, with OPEC and Russia accounting for a growing share of output over the next decade. According to OPEC’s annual outlook released last month, world supplies will reach a plateau in 2045, but there will be no distinct peak.