According to the Energy Information Administration (EIA), 19 petroleum liquids pipeline projects have been built, started, or announced in the United States this year. According to the most recent data in the Energy Information Administration Liquids Pipeline Projects Database, two pipelines have already been constructed in 2021, and 17 more are either in the planning stages or announced.

Twelve of the 19 petroleum liquids pipelines are for crude oil, six are for hydrocarbon gas liquids (HGLs), and one is for petroleum products. Ten of the 19 projects are new pipelines, seven are expansions or extensions of existing systems, and two are commodity conversions carried on the channel. A total of 24 petroleum liquids pipeline projects were completed in the United States last year, comprising 11 crude oil projects, 12 HGL projects, and one petroleum product project. 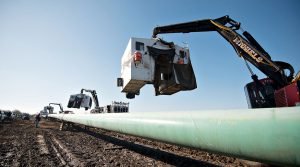 According to Energy Information Administration data, 11 projects in 2020 will be new pipelines, and another 11 will be expansions of existing systems. The record year for petroleum liquids pipelines was 2014, when 35 projects were constructed, followed by 30 projects completed in 2019. In 2019, the Permian region saw many crude pipeline capacities come online to transport the basin’s growing petroleum production to refining centers and export terminals.

According to the Energy Information Administration, more natural gas pipelines have been put into service in recent months to transport gas from the Permian region to Mexico, boosting US gas exports to America’s southern neighbor and reducing the considerable discount at which gas is traded Waha Hub in Texas. The expanded gas pipeline takeaway capacity raised Waha Hub gas prices and lowered the West Texas gas price discount to the US benchmark at Henry Hub.