aIn contrast, heavily regulated jurisdictions with energy-restrictive regulations, such as California and Connecticut, artificially raise energy prices, driving out miners and innovators. Bitcoin-friendly states will profit the most from technical advancement and innovation in the next decades. 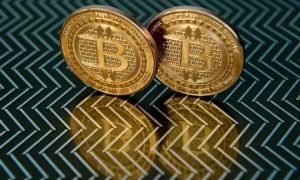 Bitcoin mining firms have rushed to the United States in response to a hash rate migration away from China, fuelled by significant expenditures in personnel and equipment. Mining farms carefully choose their position to provide the greatest margins in an industry whose profit is heavily dependent on the price of power.Some states enable customers to select their energy suppliers, allowing for cheaper rates and more customized solutions. Other regions, on the other hand, impose requirements, increasing prices and driving away firms looking to generate employment and join a community.

Texas and Washington, for example, have the lowest average energy prices in the US, according to the Global Energy Institute. Unsurprisingly, both states are popular locations for Bitcoin miners, who prefer to locate in areas with low power prices because their variable expenditures are largely made up of electricity.Customers in Texas, Washington, Wyoming, Utah, and a few other states may be able to receive steady power for 7 to 9 cents per kilowatt-hour (kWh).