Energy Crisis across the Globe can lead its way into 2022

Energy Crisis across the Globe can lead its way into 2022

The global Energy crisis has plunged the oil and gas markets into unprecedented volatility amid a surge in demand and a persistent supply shortage. This year, oil prices have increased by more than 60%, with West Texas Intermediate crude reaching a new seven-year high on Friday. The situation is considerably direr elsewhere. For example, natural gas prices in Europe are at all-time highs, with wholesale prices on spot markets tripling this year.

Thermal coal futures in China are likewise at all-time highs, having tripled this year. As Energy prices continue to rise, Francisco Blanch, the Global Commodities and Derivatives Research Head at Bank of America, gave Insider four possible paths forward. Each scenario promises a reduction in pricing, but some are more unpleasant than others. Francisco compared today’s Energy crisis to the rise in oil prices from 2007 to 2008. Brent crude was under $50 a barrel at the start of 2007, but it had nearly doubled to $95.98 a barrel by the end of the year. 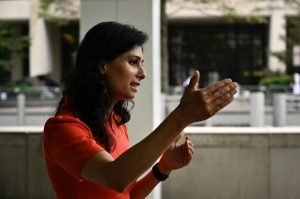 By July 2008, prices had risen to a record high of about $150 per barrel. However, once the Great Recession took hold, values plummeted dramatically. If a comparable rise in oil prices occurs again, Francisco believes major industrial enterprises will reduce production or shut down entirely, resulting in a recession.

Rising Energy prices have already pushed some enterprises to suspend output, particularly in Europe and Asia. According to Francisco, an increase in the price of any goodwill causes any manufacturer to either boost production or seek more economical alternatives. So far, US shale businesses have stated that they intend to invest more money in domestic production next year.