On Monday, Canary CEO Dan Eberhart said that the Biden administration is causing an Energy crisis. Eberhart also stated on Monday’s “Cavuto: Coast to Coast” that the government and legislators in other places, including California, are chasing carbon-free and electric vehicle headlines, despite the fact that “science and technology is not really there yet.” He also feels that the Biden administration is appealing to the extreme left and progressives with its aspirational Energy goal, but that voters are unwilling to pay for it.

President Biden was scrambling to reach a deal on his spending plan, which has a focus on tackling climate change, before travelling to Europe for the G20 summit in Rome and to Scotland for the COP26 climate conference, telling congressional Democrats that the next week of consideration would be crucial, and hanging the success of his administration on the matter. 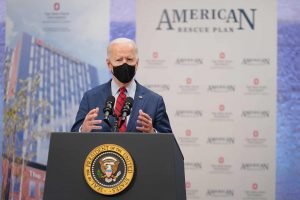 After progressives and moderates agreed to remove initiatives like universal community college and paid family leave, the president’s social expenditure package, which was previously valued at $3.5 trillion, has been reduced to a slimmer $1.75 trillion. As it would be done through a process known as budget reconciliation, the plan only needs a simple majority in the Senate to succeed, but moderate Democratic Senators Joe Manchin of West Virginia and Kyrsten Sinema of Arizona have declared they will not support it.

Biden, according to Eberhart, wants cheaper Energy, but he also wants to placate the progressive left, which wants to address climate change sooner. Eberhart made the remarks while attending the United Nations Climate Change Conference in Glasgow, Scotland, in 2021.