Energy companies proposing a new crude oil pipeline dubbed them the “route of least resistance.” Following months of action and resistance, the pipeline’s construction has been halted, and the Black community in Memphis is ecstatic. Justin J. Pearson, a local resident and one of the co-founders of the grassroots group Memphis Community Against the Pipeline (MCAP), said, “This is a significant victory for our community, and for all people who have been pushed to the margins of our society.”

It’s a remarkable achievement for those who were dubbed “way of least resistance” to have fought and defeated two billion-dollar crude oil pipeline businesses. You can stroll through the neighbourhood and see all of these signs, as well as the enduring attitude that demonstrates that we are truly on the path of resilience. 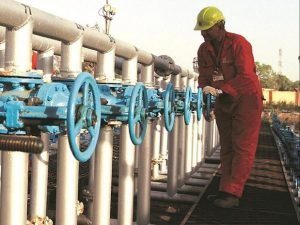 Plains All American and Valero Energy joint venture, the Byhalia Connection pipeline, was officially cancelled last Friday. The proposed 49-mile crude oil pipeline sparked outrage in the neighbourhood, and lawmakers and celebrities joined the chorus of protesters. Plains All American’s director of communications, Brad Leone, announced in a statement on the Byhalia Connection’s website that the business had decided to abandon the project due to decreasing U.S. oil output as a result of the COVID-19 outbreak.

The pipeline threatens to go through largely Black communities with historical value to residents, such as Boxtown, a neighbourhood in Southwest Memphis named after once enslaved people who built their homes out of train boxcars. The pipeline company’s representative initially stated to the community that the route was chosen because it was the “way of least resistance.” Nonetheless, those opposed to the project stated they were tired of having to bear the weight of industrial projects and potential pollution in their neighbourhood.