Although Duke Energy does not operate wind farms in the Carolinas, the utility believes wind energy might be part of its long-term goal to reduce carbon emissions from power generation. Lynn Good, CEO of the Charlotte-based firm, has revealed that the company is exploring offshore wind energy along the Atlantic Coast.

“We’re looking into offshore wind,” Good told analysts two weeks after Duke Energy posted its latest quarterly earnings. ” I suppose you saw a notification about a lease sale off the NC coast. There’s also the Kitty Hawk lease area, so there’s more to come here, in my opinion.” 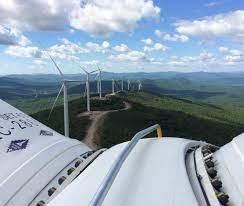 Plans aim for the development of 1.5 gigawatts of wind energy in a 200-square-mile region, enough to power around 500,000 households.North Carolina Governor Roy Cooper and President Joe Biden both prioritize wind energy. Biden declared a national objective of developing 30 gigawatts of offshore wind by 2030 this April. North Carolina Governor Roy Cooper declared objectives of 2.8 GWs of offshore wind energy by 2030 and 8 GWs by 2040 in June.

State utility regulators would assess wind’s position in the state’s future energy mix. Cooper signed an energy reform measure in October that requires regulators to develop a strategy by the end of next year to fulfill the governor’s targets for decreasing carbon emissions from power facilities. Duke Energy is involved in negotiations about the plan, which is likely to entail the replacement of coal-fired power facilities and a reduction in reliance on fossil fuels.