DOE keeps watch on drilling of 5 petroleum wells in WPS DOE keeps watch on drilling of 5 petroleum wells in WPS

The DOE is watching no less than five petroleum wells to be drilled in the region of the West Philippine Sea followed by the government’s release of investigation halt in the disputed territory.

The department declares that it is anticipating at service contracts (SC) 54 and 58 of Northwest Palawan to have one well each and for SC 59 in Southwest Palawan basin two wells are expected to be drilled and SC 72 at the Recto Bank to get one well that also overlaps Northwest Palawan basin.The other gas and oil block at WPS under SC 75 has planned to attain process and infer 3D seismic data of about 1,000 square-kilometers or 2D seismic data of around 2,000 line-kilometers.

These investigation activities at the particular petroleum blocks will yield investments of around USD24.6 million, as per the data provided by the DOE.Nevertheless, these planned investigation activities are presently stuck at training and planning phases provided safety concerns raised by the service-contract holders; as the other required for force majeure announcement on their work programs. 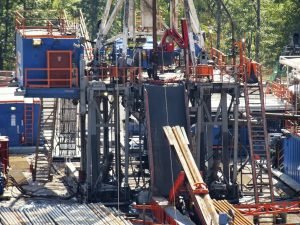 For SC 58, a one-year force majeure was given to operator Nido Petroleum which was allowed on its job course, based on a permission offered by the DOE around March 2021.At SC 54, the same operator also wedged a request for force majeure announcement and that is yet waiting for support of the DOE; as Philippine National Oil Company-Exploration Corporation which is ran by state is presently pleading that its job course at SC 59 be situated on force majeure position.

The SC 75 and SC 72 blocks under PXP Energy and Forum Energy of businessman Manuel V. Pangilinan have confirmed willingness to resume on their extensive exploration activities and seismic survey, but until now, they are still on discussion with DOE on declaration of security and safety on their offshore activities given the continuous territorial conflicts at WPS.