According to a new UN Research, governments are still preparing to extract massive amounts of energy from fossil fuels in the future years, despite lofty claims to cut greenhouse gas emissions. According to Research released on Wednesday, despite promises made under the 2015 Paris Agreement to reduce global warming, the world’s major fossil fuel producers plan to continue using coal, gas, and oil. Governments throughout the globe intend to produce more than double the number of fossil fuels by 2030, with just a minor reduction in coal production.

According to the analysis, this is 45 percent greater than what would be consistent with a rise of 2 degrees, which is counter to promises to limit global warming to 1.5 degrees Celsius. This latest Research comes as world leaders prepare to convene in Glasgow for the UN climate summit, COP26, which begins on October 31. In a statement, UN Environment Programme Executive Director Inger Andersen said that “governments must step up, adopting swift and decisive steps to reduce the fossil fuel output gap and ensure a just and equitable transition” at the COP26 summit. 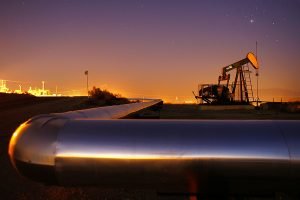 According to a recent study, climate events such as heatwaves would occur more frequently, be more robust, and last longer due to the current pace of warnings and policies that fail to address critical emission reductions, posing a significant risk to future generations. In addition, other climate catastrophes, such as flooding and wildfires, are also more likely to occur.

Taken together, the energy plans of nations indicate that global fossil fuel production will rise until at least 2040. Moreover, since the beginning of the COVID-19 epidemic, the group of 20 largest industrialized countries has given approximately $300 billion in new financing for sustained fossil fuel initiatives — far more than they have directed toward clean energy efforts.