Democrats Introduce a New Methane Fee in a Spending Bill Democrats Introduce a New Methane Fee in a Spending Bill

According to a draft of President Joe Biden’s social and climate spending proposal unveiled Thursday, the United States might tax oil and gas operators if they emit too much methane and pay $775 million to assist decrease and monitor the greenhouse gas.The clause, which is hidden away in the 1,600-page House Build Back Better proposal, replaces a prior proposal to levy a methane cost on oil and gas firms who release gas beyond a specific level. Texas Democrats and West Virginia Senator Joe Manchin opposed the prior proposal.

Democrats originally intended to charge oil and natural gas producers $1,500 per metric ton of methane emitted beyond certain intensity criteria, but Democrats have tried to preserve the proposal with various amendments in the last few days.Biden proposed a $1.75 trillion budget reconciliation plan on Thursday, including $555 billion designated for climate initiatives that he said united Democrats, but it was soon rejected by certain members of his party. 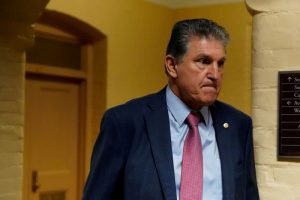 He intends to laud the broad framework when he travels in Glasgow next week for the COP26 climate meeting, though it is uncertain if the Senate would back the methane charge.The costs under the present House plan are phased in, starting at $900 for emissions recorded in 2023 and increasing to $1,500 for emissions reported in 2025.

In addition, the proposal includes $775 million in rebates, incentives, and loans to help oil and gas producers monitor and reduce methane emissions.The current plan, according to Anne Bradbury, CEO of the American Exploration & Production Council, which represents independent oil and gas companies, is a “poorly conceived natural gas tax” that will increase the price of complying with EPA methane standards.