Crude oil prices were flat in Asia’s mid-morning trade on July 5, as the market awaited information on the OPEC+ alliance’s production plan for August and beyond, after the UAE’s insistence for a higher output target strained talks. The market’s steadiness comes as investors await OPEC+’s official production plan, which is in limbo after the UAE’s repeated objections led the producer group to reconvene for a second time on July 5 at 3 p.m. Vienna time (1300 GMT).

OPEC+ was expected to agree to increase collective Crude output by 400,000 barrels per day (b/d) per month from August through December and extend its supply control pact until the end of 2022. The UAE, on the other hand, hindered the process by requesting that its baseline production level, which determines its quota, be increased. 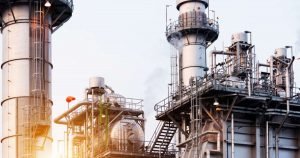 The UAE’s baseline capacity under the present accord is 3.168 million b/d, based on its October 2018 production level. However, the government now claims a capacity closer to 4 million b/d. The UAE would be able to pump more Crude if the baseline was raised. This request was viewed unfairly by other OPEC+ members. According to Saudi energy minister Prince Abdulaziz bin Salman, the UAE was solitary in its viewpoint, who also stated that all other members had approved the arrangement.

Failure to secure an agreement that allows for an increase in production quotas, according to analysts, would tighten an already oversupplied market. This is especially true given that if there is no agreement, the alliance will revert to its previous production pact, which will keep output limits flat at July levels.Analysts have also expressed fear that the UAE may withdraw from the alliance entirely, a possibility that the country had previously examined. Another scenario involves the alliance’s cooperation breaking down, resulting in a flood of oil entering the market.