Crude Oil Prices Reach USD75 a Barrel in the U.S. Crude Oil Prices Reach USD75 a Barrel in the U.S.

On Thursday, July 1, 2021, the oil prices in the U.S. reach the mark of USD75 a Barrel, almost the highest in the past three years ahead of the agreement on the second half of 2021’s production policy by key producers.

U.S. West Texas Intermediate crude went to USD75.82 from USD2.33 per Barrel for August, which is almost 3.2%, which is the highest since October 2018. The Brent crude- international mark- also raised by 2%, and the prices went to USD76.10 a.The WTI has raised more than 50% post the start of 2021 of about USD48.5 a Barrel. As the restrictions release, people are taking it to the roads, which in turn is causing growth in demand. Additionally, the reopening of air travel and rebound in goods transportation have also been supporting the prices. 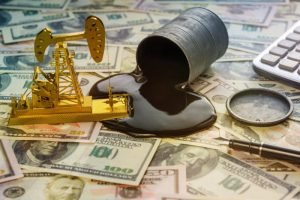 According to AAA Gasoline prices are spurring amid the post-pandemic driving binge, and USD75 crude prices indicate even higher prices at the pumps. The present average rate per gallon of unleaded gasoline is around USD3.123, which was around USD2.179 per gallon last year.

The rise in prices started ahead of the meeting among non-OPEC and OPEC partners; an energy coalition mostly addressed to as OPEC+, who have always been optimistic about enhanced market conditions and the point of view for growth in fuel demand following a spiky recovery in oil prices this year.OPEC+ will assemble via videoconference at 2 p.m. according to London time.  Goldman Sachs’ global head of commodities research, Jeff Currie said that the anticipated OPEC production ramble of500000 Barrel a day would not be sufficient to keep the prices low.