The major oil price correction in November 2021, which turned out to be the worst month for Crude since March 2020, occurred just as American oil companies were preparing their capital budget plans for 2022. The price drop, which took WTI Crude from over $80 in early November to $67 in early December, isn’t as bad for the US shale patch as it would have been two years ago, when producers were drilling at an all-time high and spending the majority of their cash flows—and even more—into new wells.

Oil producers in the United States are unconcerned about the current price fall. They’re sticking to their budgets and are anticipated to raise them gradually next year, keeping in mind that oil price volatility is here to stay, and any new COVID version could send the market into a panic-selling frenzy, as Omicron did last week. 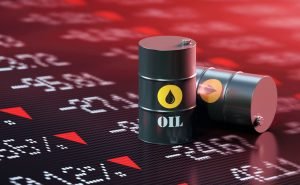 The American oil sector is not rushing to invest in new drilling because it is sceptical of the Biden Administration’s oil and gas policies, including the Administration’s calls for OPEC+ to produce more while setting restrictions on drilling on federal land in the United States. Oil companies are even the subject of an investigation launched by the Obama administration into whether they are conspiring to raise gasoline prices to their highest level in seven years.

All of this because of their greed to “profiteer” and engage in “price gouging,” as senior US officials and Democratic lawmakers, including Senator Elizabeth Warren, have stated in recent weeks. The shale patch has been cautious in its future plans as oil prices have begun to recover this year, and no one is investing beyond their means. Drilling activity has begun to ramp up, but it is slow and steady as oil companies prioritise rewarding shareholders with record cash flows.