After a bullish overnight session, Crude oil futures in Asia extended gains in mid-morning trade on Nov. 2, as supply remained tight despite continuous disruptions in Africa and ahead of the OPEC+ meeting on Nov. 4. The ICE January Brent futures contract was up 21 cents/b (0.25 percent) at $84.92/b at 11:10 a.m. Singapore time (0310 GMT), while the NYMEX December light sweet Crude contract was up 13 cents/b (0.15 percent) at $84.18/b.

Overnight, both benchmarks had risen by 0.5 percent -1.2 percent. After disruptions in Nigeria and Libya last month, which took off at least 100,000 b/d oil supplies, OPEC output is still somewhat hampered. While some analysts have expressed concern about the rate of rise in oil prices, others have become more bullish, citing the ongoing global energy crisis and years of capacity underinvestment. 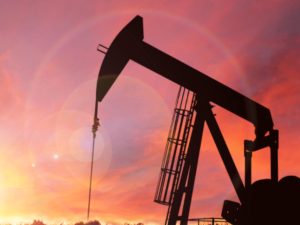 Bank of America analysts predicted that Crude prices will reach $120 per barrel by the end of June 2022, according to a report released Nov. 1. In recent weeks, ING analysts Warren Patterson and Wenyu Yao have noted an increasing backwardation in WTI time spreads, citing dangerously low inventory levels in the US storage hub Cushing, Oklahoma. According to the most recent estimates from the US Energy Information Administration, oil inventories at Cushing fell to 27.3 million barrels on Oct. 22 — the lowest level since October 2018.

Investors will now be watching the EIA’s inventory report this week for clues on the next price movement. S&P Global Platts polled analysts on Nov. 1 and found that they estimate total US commercial Crude stockpiles to have risen 300,000 barrels to around 431.1 million barrels in the week ending Oct. 29. The predicted increase is significantly below the roughly 3.5-million-barrel increase witnessed in the last week of October, putting stocks 6.3 percent behind the five-year average of EIA data.