According to a new study from Brown University, major utility and business interests in Connecticut frequently reject environmental and clean energy legislation, despite widespread popular support. According to the Institute at Brown for Environment and Society’s report, electric and gas utilities spent $24 million lobbying state lawmakers between 2013 and 2020, four times what renewable energy companies spent and more than eight times what environmental organisations spent.

The majority of stances taken by utility, fossil fuel, commercial, and real estate interests in written testimony on environmental measures, many of which are targeted at fighting climate change, were found to be in opposition, according to the report. In contrast, 91.7 percent of the overall opinions taken on climate actions were positive, primarily from individuals testifying on their own behalf. Fracking waste was banned in Connecticut, new natural gas infrastructure was limited, and shared solar energy was made easier. 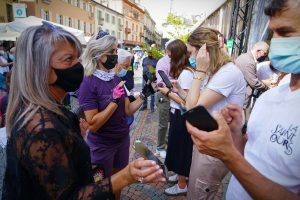 Given that the economy is not reliant on fossil fuel extraction and there is a “Democratic trifecta” in state government, Connecticut should be a “best-case scenario” for progress on climate change, according to Timmons Roberts, professor of environmental studies and sociology at Brown University and executive director of the Climate Social Science Network. The vast majority of climate legislation, on the other hand, never makes it out of the committee where it was introduced.

The findings are based on a review of 48 climate bills designated as top priority by local environmental groups, as well as lobbying records from state legislatures. Eversource ($6.7 million), the Connecticut Business and Industry Association ($4.5 million), and Spectra Energy Transmission II LLC ($3.9 million) are at the top of the list. He said the group supports the state’s goal of carbon-free energy by 2040, but wants to ensure that those efforts don’t lead to quickly rising energy prices or diminished reliability.