Colorado Is Considering Bonding for Closing and Cleaning Orphan Wells Colorado Is Considering Bonding for Closing and Cleaning Orphan Wells

Proposed measures aimed at preventing taxpayers from being forced to pay for the cleanup of oil and gas sites may instead put the public on the hook for billions of dollars in expenditures, according to environmentalists and local governments.The Colorado Oil and Gas Conservation Commission is contemplating additional requirements to ensure that companies have enough money to remove equipment, close Wells, and clean up the site.

However, local elected officials, community and environmental activists warned the commission in recent hearings that the current draft of the guidelines is a significant step backward.The suggestions will be released in a third form on December 7, with hearings set in January and February. The recommendations center on ensuring that companies have the cash to close and clean up Wells, or that there are funds to cover charges if a business goes bankrupt or abandons a project before it is completed. 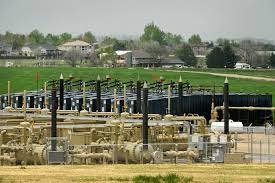 Senate Bill 181, a 2019 law requiring reform of the state’s standards and prioritizing public health and the environment when regulating the sector, requires the commission to renew what it refers to as financial guarantees from oil and gas corporations. According to critics, COGCC staff adjustments to prior recommendations do not comply with SB 181’s demand that every operator show assurance that it is financially capable of performing all of its legal duties.

Freeman mentioned a suggestion to keep the present practice of enabling firms to post a “blanket bond.” Operators have been allowed to deposit a $100,000 bond to protect all of their Wells across the state, which opponents argue is unlikely to pay the expense of shutting down even one Wells.