The study found that climate change caused the extinction of woolly Mammoths. Professor Eske Willerslev, a Fellow of St John’s College, University of Cambridge, and director of The Lundbeck Foundation GeoGenetics Centre, University of Copenhagen, led the 10-year research effort, which was published in Nature today.

The researchers utilised DNA shotgun sequencing to examine ambient plant and animal remnants from soil samples painstakingly gathered over 20 years from areas in the Arctic where Mammoths remains were discovered, including urine, excrement, and skin cells.Scientists no longer need to depend on the DNA samples from bones or teeth to acquire enough genetic material to reproduce an ancient DNA profile thanks to improved new technology. 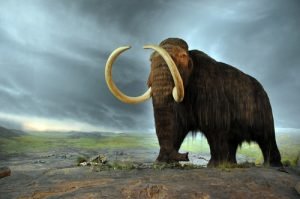 Mammoths could travel a distance equivalent to going around the world twice during their lifetime and fossil records show they lived on all continents except Australia and South America. Populations were known to have initially survived the end of the last Ice Age in small pockets off the coasts of Siberia and Alaska—on Wrangel Island and St Paul Island but the study found they lived longer elsewhere too and the breeds of Mammoths on both the islands were closely related despite being geographically separated.

The team also sequenced the DNA of 1,500 Arctic plants for the very first time to be able to draw these globally significant conclusions. Humans lived alongside woolly Mammoths for at least 2,000 years; they were even around when the pyramids were being built. Their disappearance is the last big naturally occurring extinction story.