U.S. imports oil from its North American sibling, Canada. The oil shipments from Canada to U.S. have strikingly jumped up to its highest volume recorded since first half of the year. This can be somewhat attributed to the development of a long-standing Canadian pipeline.

According to the U.S. Energy Information Administration the weekly oil shipments received from America’s northern neighbor have marked 4.04 million barrels per day rate. It is the highest number of weekly deliveries noted since January. This is the third time that the United States has imported over 4 million barrels of Canadian crude oil a day. This could potentially be an ongoing trend for the American-Canadian oil import and export relations. 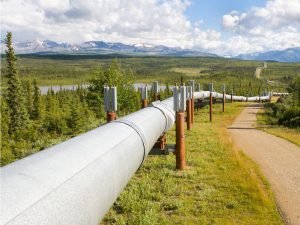 It is possible that this could emerge as the new norm owing to the expansion of Line 3, stated Elisabeth Murphy. Murphy is an analyst at the ESAI Energy for North America. The growth could also scale up the average delivery from 3.5 to somewhat 3.7 to 3.8 million barrels per day, she added.

An additional supply batch of Canadian crude is provided by the country to U.S. refiners as to relieve their struggles with compromised oil shipments from other suppliers due to the hurricane Ida. American refiners have received an insufficient supply from OPEC+, and the devastating loss of 30 million barrels of Gulf of Mexico. Refineries in gulf Coast are largely focusing on the import from Canada to offset the disrupted production post hurricane Ida.