BP CEO Estimates a Rise in Oil Demand for Some Time BP CEO Estimates a Rise in Oil Demand for Some Time

As per the trusted sources of information, energy giant BP witnesses a strong recovery in Demand for crude oil across the globe post the COVID-19 pandemic and expects that the market will last for some time over the few months.

Further, US shale production is being kept in check, as stated by the company CEO, Bernard Looney.Looney further states that there is a lot of evidence which states that the Demand for the oil will be strong and the shale is likely to be disciplined. He further stated that the situation we are in is likely to remain in the same way for some time in the coming months. 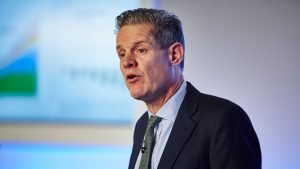 Further, comments made by Looney support the other industry executives who are looking forward to the drastic rebound of the prices since the pandemic in China, US, and Europe. Further, CEO of Rosneft PJSC, Igor Sechin, said that the rise in Demand for energy would be continuous for some time. He further stated that any new virus or its mutations is likely to slow down the process, but it won’t stop it.

Also, the head of Asia at trader Vitol Group, Mike Muller, further stated that the economic growth in China is helping to keep up with the Demand, which is likely to bring down the crude stockpiles.Brent crude witnessed a hit to reach USD 70 per barrel in the previous week for the first time. The increasing number of people getting vaccinated is a major factor that is helping to reopen the economies in the Northern Hemisphere and to increase the commute of the people as well as surge the oil consumption.