Rocky Forge Wind Farm may have run out of time after more than five years of preparations. A citizen organization opposing the construction of massive wind turbines on North Mountain requests that Botetourt County proclaim the Wind Farm project dead, citing the county’s inability to fulfill a May 26 deadline for site plan approval.The business developing what would be the state’s first onshore Wind Farm, Apex Clean Energy, contends that the deadline was extended into next year due to the coronavirus pandemic. Drew Pearson, the county’s zoning administrator, will decide who is correct in the latest renewable energy project’s snafus.

Apex was allowed one year to gain the county’s approval of final site plans under an updated special exception permit issued last year by the Botetourt County Board of Supervisors, which corrected an earlier 2016 approval to allow for higher turbines sought by Apex. According to an attorney for Virginians for Responsible Energy, who submitted a letter to the county urging that work on the plans be halted immediately, that didn’t happen. 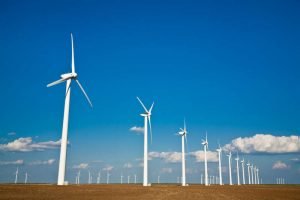 Attorney Evan Mayo wrote in the letter, “Public resources should not be expended to advance an invalid site plan submitted under an expired permit.” The Wind Farm is opposed by Virginians for Responsible Energy, a Rockbridge County-based nonprofit. It has filed a lawsuit contesting the Virginia Department of Environmental Quality’s approval of the project in a separate action.

A hearing has been scheduled for August 20.Apex’s attorney wrote to the county on June 2 that the May 26 deadline had been extended by the General Assembly, which established a bill last October to help landowners and companies whose zoning applications had been delayed by the pandemic.