Big Oil is Smashing it as Oil Prices Skyrocket Big Oil is Smashing it as Oil Prices Skyrocket

Profits rose for the country’s two major Oil firms, ExxonMobil and Chevron, as both reaped the benefits of the recent surge in prices.ExxonMobil (XOM), America’s largest firm, reported a net income of $6.8 billion, reversing a $680 million loss the previous year.

Oil prices plunged in the early months of the outbreak when countries were still banning travel and economic activity was halting. They’ve subsequently stormed back, reaching past $80 a barrel.Exxon’s income grew by 60% to 73.8 USD BL as average crude Oil cost jumped by 72% from the 3rd quarter of 2020 to the 3rd quarter of 2021, as per the US Energy Information Administration. 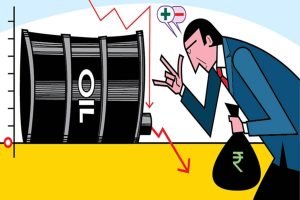 Chevron (CVX), America’s second-largest Oil firm, posted a $5.7 billion adjusted profit excluding extraordinary items, the business’s highest quarterly result in eight years. The $6.7 billion in free cash flow created was a business record.The adjusted profit was not only 34% higher than analysts polled by Refinitiv, but it was over 17 times more than the $340 million made in the previous period.Following the allegations, shares of both companies rose marginally in premarket trade on Friday. Exxon shares are up 56 percent year to date as of Thursday’s closing, while Chevron shares are up 33%.

However, as excellent as the Oil firms’ financial performance is, the industry is facing fresh criticism for its part in causing climate change. During hearings on Capitol Hill on Thursday, the CEOs of both firms came under criticism.Democratic Rep. Ro Khanna challenged the CEOs of both corporations to follow the lead of their European counterparts in preparing to reduce output to solve the climate catastrophe.