Big Oil is Changing With Time Big Oil is Changing With Time

Big Oil is on the verge of something significant. No one can agree on what it is, though. Is it going to be a lengthy, slow decline? An untimely demise? Is this a fantastic turnaround? Exxon Mobil, BP, Shell, and other Big Oil giants have finally realized the importance of climate change. These businesses are all vowing to plan for a low-carbon or “lower-carbon” future under severe pressure.

However, there is no agreement on how a future with less oil would look for firms that have benefited immensely from the fossil fuels causing climate change. European firms like Total, a French multinational, and BP, based in the United Kingdom, are betting big on a shift away from oil and renewable energy. 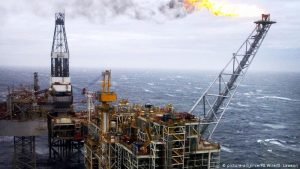 Meanwhile, American behemoths are betting modest sums on more fledgling technologies like carbon capture, with no intentions to abandon crude. Regardless of the amount of money invested in green energy, most oil firms continue to put considerably more money into oil and gas-based investments, indicating that they don’t anticipate a revolution to happen overnight. Here are three key conclusions from the future change of the oil business.

Companies such as Total in France, BP in the United Kingdom, Eni in Italy, and Equinor in Norway have made bold promises to transition from generating money from oil to earning cash from sunshine and wind over time. They prefer to be referred to as “energy corporations” rather than “oil firms.” There are indicators that actual money is being put into this projected strategic transition to renewables. BP just purchased a pipeline of solar projects in the United States totaling 9 gigawatts. In India, Total invested billions in a prominent solar manufacturer.