In Illinois, avoiding Climate-changing fossil fuels is proving to be more challenging than anticipated. The Chicago Democrat’s government conditionally cleared a huge new source of heat-trapping pollution two weeks after Gov. J.B. Pritzker signed a law hailed as the nation’s most rigorous mandate for clean energy.

According to a draught state permit for a new natural gas power plant planned for a little community south of Springfield, the proposed Lincoln Land Energy Center would produce more carbon dioxide annually than 800,000 cars.When combined with CO2 emissions from two other gas plants allowed during Republican Gov. Bruce Rauner’s sole term in office, the Downstate generator will cancel out the Climate benefits of the state’s coal-fired power plants being shut down last year. 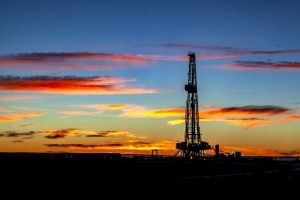 According to official records, the now-closed coal plants emitted 7.8 million tonnes of carbon dioxide in 2019. State licences for soon-to-be-operational gas plants near Elwood and Morris, as well as a draught permit for Lincoln Land, allow the new gas-burners to emit 63 percent more CO2 — up to 12.7 million tonnes per year.Unlike power plants established by state-regulated utilities over the last century, the companies behind the three new gas plants are not required to show that their projects are necessary to meet electricity demand.

Rather, the projects’ private backers are wagering that natural gas costs will remain low enough for them to profit when older, less efficient coal and gas facilities are retired. Annual capacity auctions run by the regional grid operator to ensure enough electricity is available during hot days and other times when the grid is strained are another way for the corporations to make money.